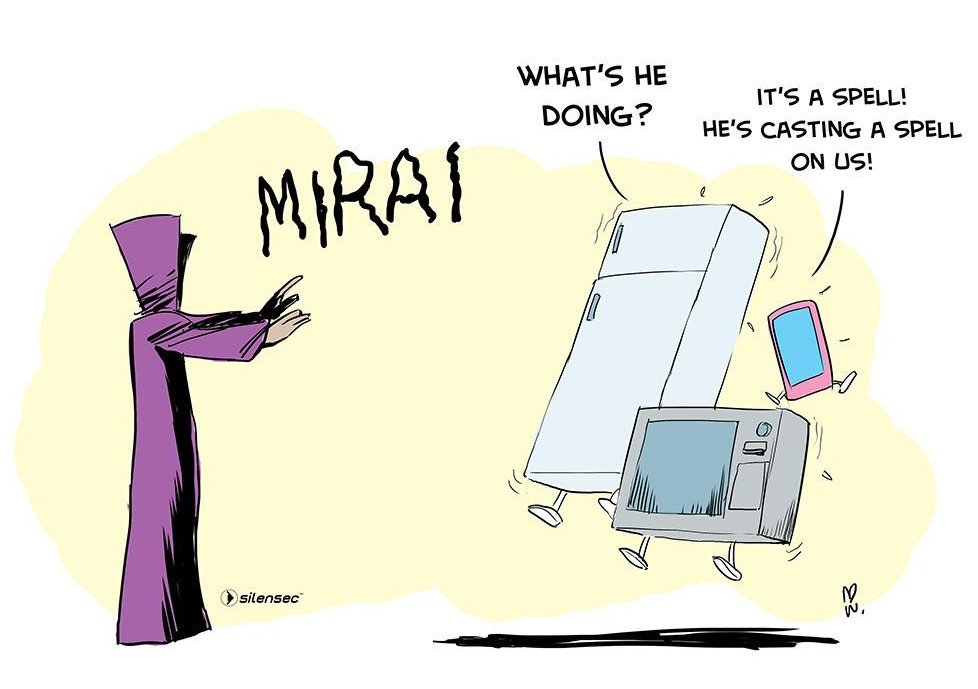 IoT (AKA internet-of-shit, AKA internet-of-hacked-things) has been in the spotlight for a while now after two consecutive DDoS incidents where IoT devices were the source of the attack, just to state the problem is little bit older, many experts did warn about the situation, it started with a small impact, like a fridge sending spam but now the situation is getting out of hand.

A little bit of history

This kind of hacks is not new , it goes back to the dawn of internet, back then devices were not “smart” yet, hence the attack was mainly on PCs, Trojans like Sub7 were a famous method to infect and control PCs, people lacking technical experience were an easy target, anti-viruses were not that good also at this time, which made Trojans like Sub7 gain a handful of ground to launch DDos attacks , but what has changed making the situation now dangerous ?

Now everything is smart!

First what are these IoT devices ? , You know this “smart” TV, Tea kettle connected to your phone, “smart” door lock that shows you a video feed when someone knocks your door and “smart” cars etc… these are IoT devices, basically we are giving network connectivity to all devices, some people argue that we have given internet hands and feet through IoT .

Gartner estimates a typical household could contain more than 500 IoT Devices by 2022 ,but do we really need all these stuff !? frankly, I think NO !

There are some factors which makes the IoT ecosystem catastrophic:

These factors are the main contributors making the whole situation a ticking bomb, but is it really that bad ? , what can hackers do with these IoT devices ?

Well, a lot can be done, lets see some examples : 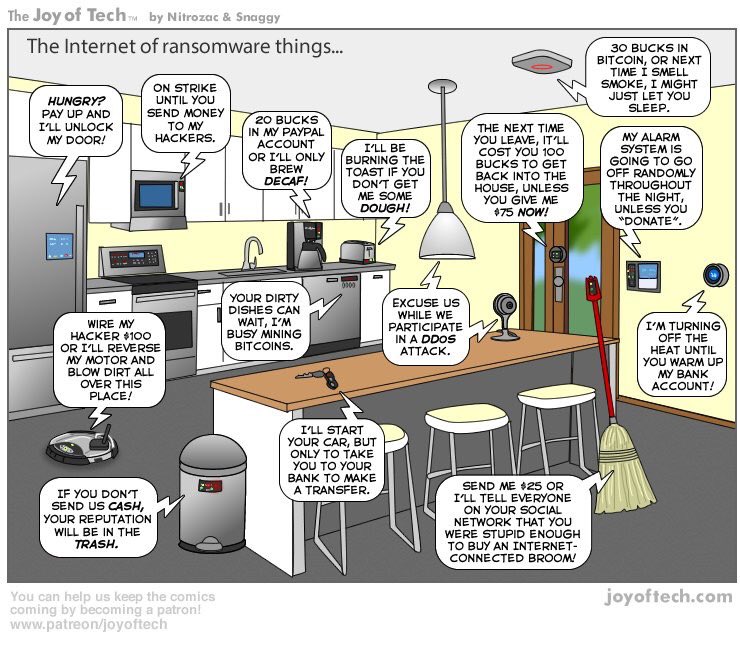 Bottom line we are building very powerful things - yet most of them are useless - without proper policies or regulations, and we are hoping for the worst scenario wont happen, but it will happen .

So, can this situation be fixed

Yes, but needs huge efforts from all parties , I will try to list some here :

While many IoT devices improves our lives in a good way - specially the industrial devices - yet household IoT devices are mostly serving lame uses, dehumanizing our relationships, do we really need to automate our lives that much ?

Security Economics of the Internet of Things